Well this week I’ll be posting up gaming information with e3 this week. So be prepared for that. It’s not like I’ll have a lot to say but opinion since I’m not going to be there and more out less gathering information from other sites.

First on the agenda, XBox One having Twitch support built in. If you remember a while back I was bitching about the PS4 supporting another streaming platform (uStream). I was completely up in arms about this mostly due to the fact that Twitch is a gaming focused streaming service. Well as it stands I’m not sure who got their first, Microsoft or Sony but one of them being Microsoft got the better deal. Hopefully their disappointing reveal doesn’t steal any of the thunder that this announcement brings. This is a great feature with eSports becoming more and more popular everyday.

More to come when I get the chance to check out some headlines.

This is my review of my very first #LootCrate and oh boy am I happy! I got me a little Chun-Li! Wooo!! Watch the video for all the shenanigans :-P 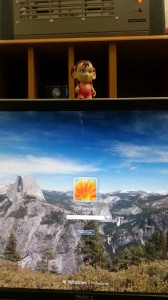 So I’m going to try and go about this with out bitching too much. However, it is going to happen so for that I’m totally absolutely sorry. Who the hell am I kidding? I don’t give a f**k.

Today (February 20, 2013), Sony had a press conference talking about the “Future of PlayStation.” Well in my opinion I will say that they might have failed in this department right from the start. Actually, even before the start. I started out by watching the stream from http://twitch.tv/playstation. It was linked to me through an email from Twitch.tv on which I stream my own content. Before the conference started, Sony ran on a loop their “Future of PlayStation” teaser video. After about 15 minutes of the video looping I noticed that the video was buffering. Upon closer inspection I realized that Twitch doesn’t use that buffering graphic. It was a faint Sony looking blue and at that moment I realized that their stream was bad. Finally the conference started and it is buffering bad.

What’s a guy to do? I thought I’d give the official PlayStation site a try. After entering my date of birth into an annoying flash form, I get into the stream. What a fucking surprise, it too is buffering really bad. Then I notice again that the same buffering graphic is showing. At that point I figured out that the stream from Twitch is really actually coming from Sony’s stream. Then all of a sudden through all the buffering it skips, I hear clapping, then it skips again and shot from the ground up to the screen I see a graphic, “PS4.” 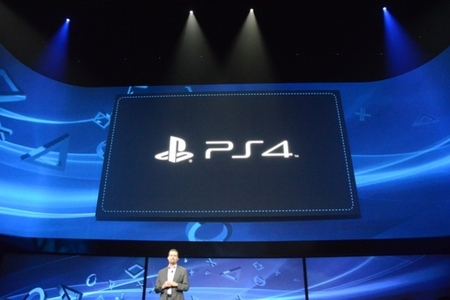 WELL FOR FUCK’S SAKE! I COMPLETELY MISSED IT BECAUSE OF FUCKING BUFFERING! FUCK YOU!

So that’s my experience. There were some highlights that I think I managed to catch.

It’d seemed as though Sony wants the new experience to be more social. Which I only wish would happen but probably wouldn’t. Being more social would obviously sell a lot more PS Vita’s I’m sure, but at the same time I think it’s a hard sale. Look, I love being a gamer and I love playing games. There are times when I need to be a part of the real-world too. The way they go about having the experience any time any where is nice, but where will anyone connect to a human being in person? Social gaming is nice but for the general population, it isn’t about being a social gamer on the go. No, in fact its more about having something to do when you are bored, waiting for the bus, standing in line waiting at the DMV for the next moron who does not know how to follow directions. I’m sure there are those who are able to call up a friend and ask, “Hey join me in this match so I can finish this part.” While others will most likely say, “No, I can’t right now. I’m standing in line for tickets to the new Hobbit film.” Most people are going to wait till they get home. Sorry Sony, it just isn’t going to happen.

Another bit of their social media plan was about having gamer’s real names and photos along side their gamer tags. Yeah, when I flame someone’s ass on a match and brutally humiliate them, I don’t need them knowing my name and what I look like through a simple look up.

Of course there is also Facebook integration but that’s typical. The one that caught many off guard was the announcement to seamlessly take a highlight or stream your game play with UStream.com. The video game streaming community basically shit a brick in protest. Fecal matter was being flown digitally from every direction possible. I told another streamer the news about it and his exact words were, “WTF is UStream?” Why the big uprising? Well to simply put it, Twitch.tv for the last few years has basically established itself as the Internet’s official streaming content provider for everything Gaming related. For Sony to go with UStream is bad business and a terrible idea. 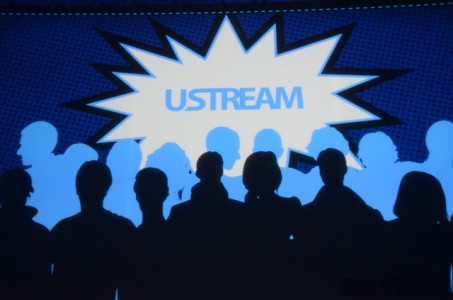 I feel like I need to explain this a bit. The people who are making gaming popular as a form of entertainment right now is Twitch. They already broadcast major pro-gaming leagues of highly successful eSports events. UStream is just site that allows users to broadcast themselves through a webcam. So the question I can hear right now is, “So? Then why all the outrage?” In my mind and my opinion, this can lead to a huge lack of support for either. The typical player who chooses to use UStream may never get viewed outside of their friend pool because the site lacks a big gamer community. Twitch is a gaming site for everything a gamer wants with a community of users to back it. That in my mind is a huge fail. 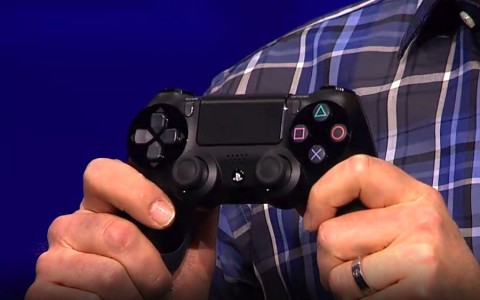 I can’t say much more than interesting. It’s a bit bigger in the middle where a touch-pad has been put where the SELECT and START buttons used to be. The D-Pad and Thumb-Sticks appear to be a lot more tactile. On each side of the touch-pad are dedicated buttons for “Share” and “Options.” Why? I have no fucking idea. Now, all I know is that I can’t fucking pause the game. :-/ Also added will be a port for a headphone and microphone. This was the greatest thing I loved about the PS3, no whining children screaming in my fucking ear when they get killed or “OOOOH I JUST FUCKING KILLED YOU BRO!!”

Well from what I could see through all the buffering and skipping I could see that I really want to play Killzone, Destiny, Watch_Dogs, inFAMOUS Second Son, and I would like to say The Witness but that buffered like fucking crazy so I didn’t see much but a couple blips.

It was nice of Activision to show us more of Bungie’s project called Destiny. I can not wait to play this game and the anticipation is seriously killing me. inFAMOUS Second Son looks so epic and I’m sadden that I have not had the time to finish the first one yet so I can move on to the second. The story is great, but ever since I moved I never had the chance to finish it. I was hoping for more about another Little Big Planet game from Media Molecule but I will say that their sculpting tech demo was actually pretty sweet. I’m not sure if Sony made them use the Move controller to sell more product but what they had made was actually very entertaining.

The big disappointment was my childhood fanboy fave Square-Enix came out to talk about their engine. Except for the fact that WE ALREADY SAW THIS FUCKING TECH DEMO! It wasn’t just that, Brand Director Shinji Hashimoto came out and said that he was happy to be here and that everyone should stay tuned for a big announcement at E3. WTF?! Well why did you even fucking show up guys? Seriously!?

So after being up and down during the whole conference and finally finding a pretty reliable stream from GameTrailers.com the show was coming to a close. During the entire conference the only hardware shown was the new controller. So as things were coming to a close I’m readying my self to see the console. Here it comes! Ok after the video thing highlighting everything. “PS4 Coming Holidays 2013” Ok now they’ll reveal it. *fade to black* WTF!!!!!!!!!!!!!!!!!!!!!!!!

Well shit. After later exploring the interwebs to type this out I find on Kotaku this quote from Shuhei Yoshida, “…we have to keep something new for later.” Well fuck you.

So from a very disappointed fan boy I hope I don’t sound to fucking angry, but I’m sure I do. For fucks sake Sony. You are behind right now, and with the opportunity to actually get ahead of the game with this conference, you just failed. I hate to say it, but you didn’t wow me. 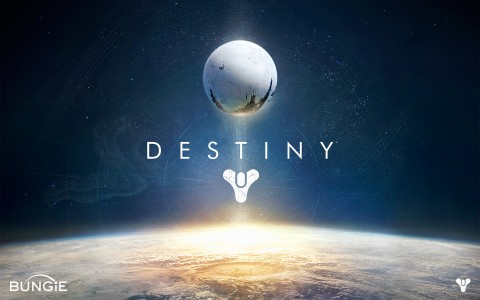 It is a bold move to say the game will go for 10 years. The biggest problem I see is that the success of the game will need to be its user base. SWOTR started out strong then slid right off the radar fast. It is possible for the same thing to happen here. The trick might be in the connectivity of players with a open-world that is part friend list and part ‘Little Big Planet – allow other players to join your game’ to make it an MMO. I can see this being big but the standard platform of MMOs is flawed when it comes to consoles. Take games like FFXI & FFXIV, they are available for console but it’s user base is more PC players. WoW is still the king when it comes to user base still actively playing the game but this is a PC only game. These games all share a standard MMO construction where people log on to a particular server. These are also all RPGs while Destiny is looking to be a FPS (FPSRPG?) Looking at FPS games, their success is fast paced action by getting into a lobby, wait for players, vote on map, and play the match. This method is probably out since the player would just need to log in to the world and start going.

I’m going off of my own thoughts with barely any information as to how this game will function. However, seeing enough MMO games on consoles fail it is hard to see how this will do well. Who knows though, Bungie might have a new formula on how to make it work. The way I see it though, Bungie should stray away from the standard, ‘Join a server and play on that server’ platform. Stay with the ‘instant action’ success they already have but some how still have that MMO feel and that’ll be a win.
Another thing would be communication. MMORPGs are keyboard chat heavy but with consoles like the XBox and in some cases PS3 it is VoIP. It would totally suck to sign on to a server where everyone has a microphone and is trying to communicate. Great in a party/raid, not for general chat. That would totally suck.

Man trying to word how I think of this game is harsh. So many thoughts but finding the right words is not easy when you don’t know what to think. Right now, all I see is a concept that looks awesome but will it work. No idea.